Library Link of the Day: Nassau, Bahamas Woman Opened Her Home to Nearly 100 Rescue Dogs Ahead of Hurricane Dorian 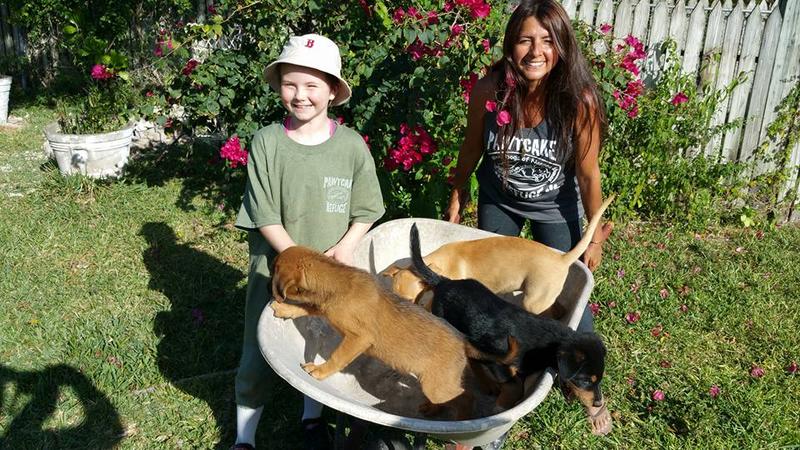 Hurricane Dorian left the Bahamas earlier this week and is currently creeping up the East Coast, but the island nation is still reeling from the damage. The Category 5 storm killed at least seven people and injured 21 others. But at least one piece of good news has come out of the Bahamas: Chella Phillips, a Nassau resident who runs a local animal refuge, was able to save nearly 100 dogs by taking them into her home, The Washington Post reports.

Phillips shared photos of her house-turned-emergency-animal shelter to Facebook on Sunday, September 1. Of the 97 dogs she took in, 79 of them were barricaded in her bedroom. “It has been insane since last night, poop and piss non-stop but at least they are respecting my bed and nobody has dared to jump in,” she wrote in the post.

To keep the scared animals as comfortable as possible, she blasted the air conditioner and broadcast music and cartoons around the house. The sick and most frightened dogs were kept in donated crates.

Dorian hit the Bahamas on the fourth anniversary of the opening of Phillips’s animal refuge. The Voiceless Dogs, based in Nassau, cares for stray and abandoned dogs in the community by feeding them, vaccinating them, and offering them shelter. The organization has provided care to roughly 1000 dogs since its inception.

After dealing with flooding and power outages, Phillips and all 97 rescued dogs made it through the storm unscathed. But their hardships aren’t over: The Bahamas has only just begun the long recovery process, and caring for the islands’ homeless dog population will be harder than ever. The Voiceless Dogs is raising money to pay for dog food, new dog houses, medical care, and transportation fees for U.S. adoptions. To support the cause, you can make a donation to the organization’s FundRazr page or donate directly to pawtcake.refuge.inc@gmail.com through PayPal.